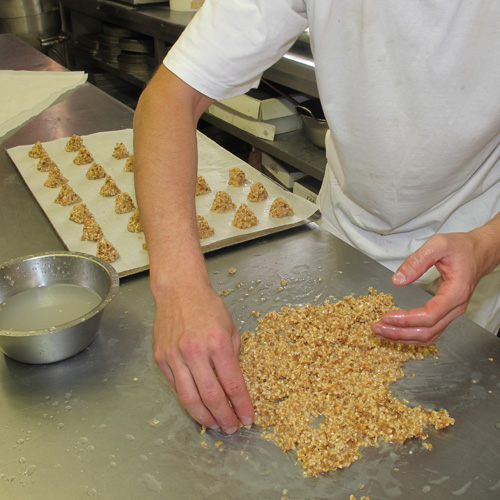 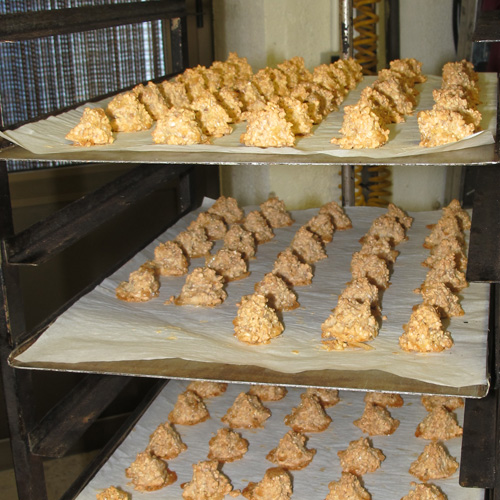 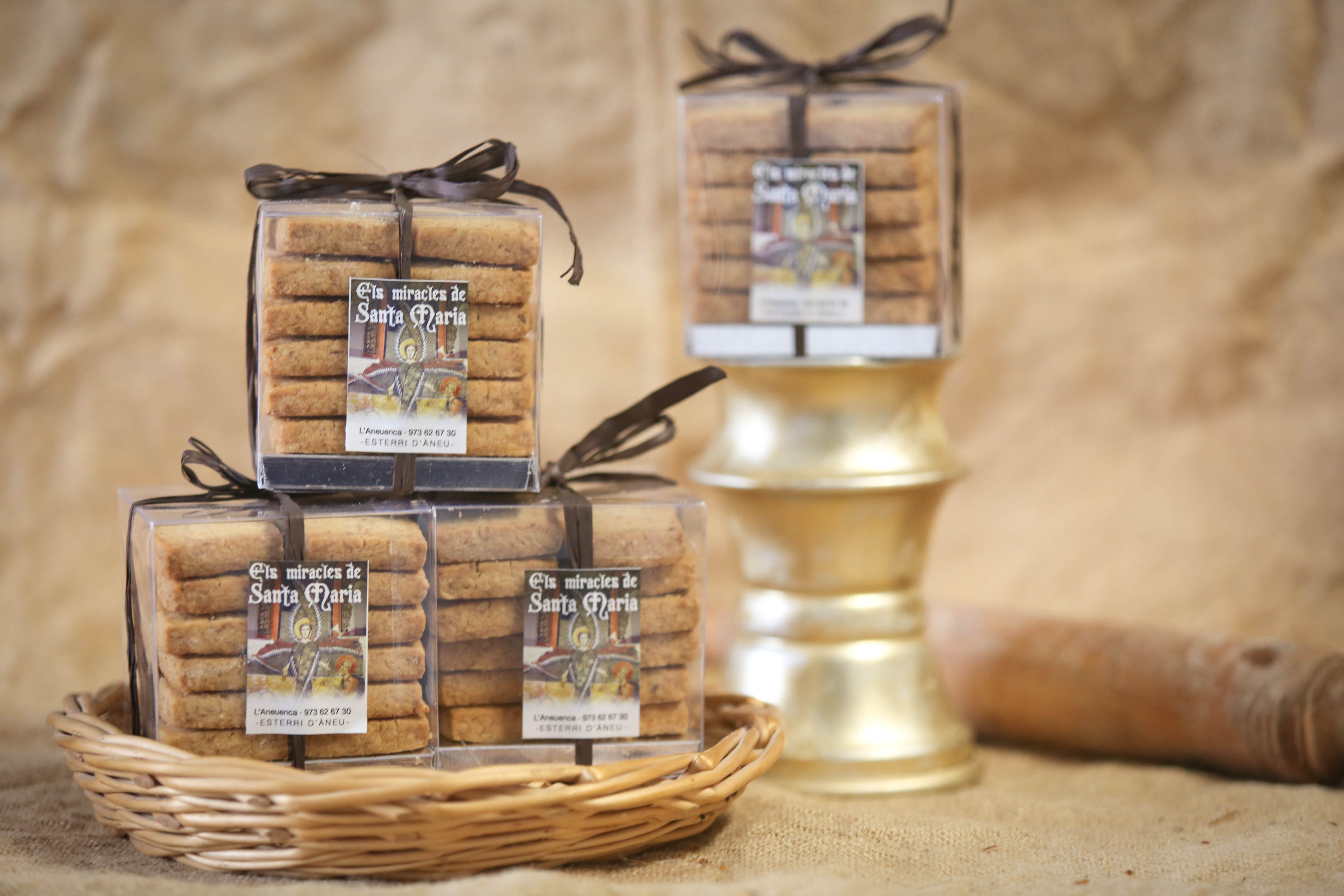 the Oven Aneuenca, opened on 1 November 1930 and in 1972 began working in pastry, but in fact were already doing some seasonal products such as buns, the “cakes recapte with herring” pies spinach (panadons) cakes baker and festival cakes (cake bachelors). The current owner, Antoni Solé houses, with the diploma of master craftsman and artisan food menu that are granted by the Government of Catalonia., Part of the third generation of the family who runs the business. Also the Aneuenca also enjoys the designation of handicraft industry, being the first to have this recognition in the province of Lleida.

One of the queens of the house pasta is known ROC Sant Maurici specialty made with egg whites, sugar and almonds that can be consumed throughout the year, is a good choice as a souvenir the zone and be more durable and energy, is also a good ally for walks in the mountains. The name of the owner put it because I had the need to unite their work with the territory where it develops, watching how Mount pasta, uneven and capricious, he thought the mountains of National Parks Aigüestortes and Sant Maurici, namely the “Enchanted” Lake Sant Maurici finally chose St. Maurice as perhaps the name of the lake that defines the entire National Park and the name of rocks (stones) is ten semi-hard texture of the pasta.

Antoni Solé, this pasta is not providing you with popularity but is allowing you to identify with the Pyrenees in which he lives, proud to have been able to combine his two passions, the bakery and its territory, in a gamble of setting up a business in a rural area with little population and put a lot of seasonal tourism. Today, Anthony is happy to have opted for this financial investment, staff, family, and tries to combine tradition with innovation, regularly attending training courses and demonstrations and then applies the custom Aneuenca.

In a saucepan put the three ingredients mixed and Paletina a wooden stirring will be no strong heat until it begins to boil. Then remove from heat and spread out on the marble for rapid cooling.

When the pasta is a little cold with wet hands go separating pieces roughly the same size as those who give mountain (unequal). They have pasta in cans and left to dry for a day, going the next day to cook at 220 degrees until golden brown, depending on the amount of time. When the dough is cold is possible to bathe in chocolate.

It can take as pasta tea as a snack or energy and is ideal for combining with the local spirits “liquor” which is made based on new or quince brandy and variety of medicinal herbs in the area collected mainly in San Juan. This is highly digestive liqueur.

Since 1930 the Solé family have been bakers of Esterri d'Àneu. Currently, the bakery is being run by the third generation, grandson and master baker, and the business is very different from what it was originally.
Now a wide range of baked artisan breads from the baguette to special breads for every occasion, as well as bakery products of high quality.

You can find us on the following business hours: